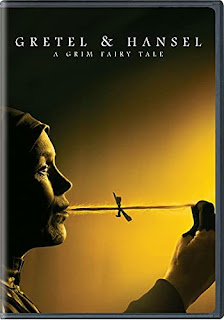 Forced from their house by an uncaring mother, siblings Gretel (Sophia Lillis) and Hansel (Samuel Leakey) are left to fend for themselves in the dark and forbidding woods. Almost immediately they find themselves in trouble, rescued through the intervention of a kind hunter (Charles Babalola). But their peace is short-lived for he tells them they must make their own way.

The hungry children come upon some mushrooms, but before Gretel will allow Hansel to eat them, she insists on talking to them first. Apparently the mushrooms tell her to eat them, so they do. Continuing their journey, they come upon an isolated house. Hansel insists the house smells of cake and wants to go in. Gretel peeks through the window and sees a veritable feast has been laid out. She reluctantly helps Hansel to enter the house through a window, and he begins to check out the cornucopia before him. Too late, Gretel sees that he is not alone. An older woman (Alice Krige) comes to the door and beckons Gretel to come in as well. But can they trust her? 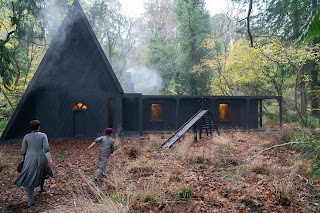 This version of the familiar children’s story is more like the original dark Grimm’s Fairy Tales. Everything about this place is foreboding,  with the emphasis being on finding your own way, telling your own story. The children have grown up on the story of the beautiful baby, but now they learn that what they thought was the truth was a lie. And the reality is much uglier than the fantasy. Very dark and brooding, don’t expect your childhood story in anyway. I think it was well done. I’ll give it 4 Stars. 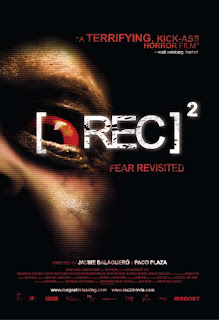 Angela (Manuela Velasco) is a young TV reporter who covers the night beat with a show called While You Sleep. Tonight she is going to spend some time at a local fire station as her camera man, Pablo (Pablo Rosso) films. She hopes they will get a call so they can see some action.

Be careful what you wish for…

After a period of inactivity, during which the firefighters are seen eating, then getting some sleep, a call finally comes through and Angela and Pablo accompany them to an apartment building. Once inside they learn from the residents, who are massed in the lobby, that they heard screams. A police offer named Joven (Jorge-Yamam Serrano) tries to prevent them from filming, but Angela won’t be deterred. Going up to the woman’s apartment, they find her screaming and covered in blood. They try to calm her down so they can get her into an ambulance so she can be treated, but she unexpectedly attacks and bites one of the firemen. 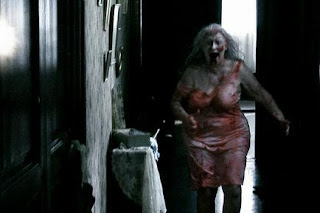 The situation goes from bad to worse when they attempt to leave and find that they are not permitted to do so! What is going on here? Joven tells them to calm down and everybody stay downstairs, as he is in charge, but he isn’t really helping the situation with his boss mentality. Something is definitely not right here. No matter how they try to leave, they are blocked at every turn. Things begin to come to light… such as the little girl has tonsillitis, and her dog is sick at the vet. The Japanese woman has a father sick in bed up stairs. There is a penthouse, but no one lives there. And then they find that the building has been sealed and no one is getting out, while inside, things are heating up in the worst possible way. 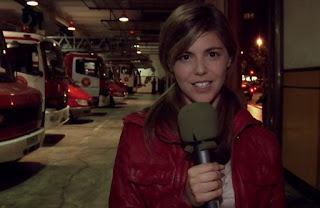 Rec is a Spanish found footage film from directors Jaume Balaguero and Paco Plaza. It holds your interest from the beginning as the bizarre tale slowly unravels before your eyes and you begin to realize just what is going on. I think the writing is good, and so is the acting, and it will keep you wondering what’s going on up until the very end. A must-see film if you enjoy found footage movies. The good news is that there are sequels, and I’ve already requested the next one! I give this film 4.5 Stars!