As Lovely as a Tree: Part 4 by Sarah Hayes

For a moment Yulia thought she smelled smoke lingering on the sleeves of Bonnie’s scrubs as the nurse hovered over her to check her various vitals. She shook her head the moment Bonnie turned away. The synapses in her brain must have fired off the wrong signals, that’s all.

Minutes later, the smoke was forgotten and Yulia was walking around her room, guided by a hand on her arm just in case she stumbled and fell. She forced herself to be ambulatory on a regular basis. It not,  she’d lose muscle definition and be too weak to take care of herself if, god forbid, both Bonnie and Elzie would be unavailable for a prolonged period of time.

Jimmy waited in his truck, having long since bored of thumbing through his phone. Useless piece of junk. Who did he have to call anyways? Unchecked dust greyed the radio’s controls. The chittering of nature would always be preferable over modern music and DJ babbling. With August’s full moon several days behind him and the waning gibbous tomorrow night, he was calm enough to kill time in silence.

Working through the phases of the moon’s gentle caress could be a mixed blessing. When it was new, he missed its presence but found serenity. When it was full, he craved the sight, yet spent day and night agitated and needy.

END_OF_DOCUMENT_TOKEN_TO_BE_REPLACED

Two sets of tiny chests swelled and deflated as the twins slept soundly in their crib. Freshly fed, their cherubic faces gave no indication of the chaotic night before. Small puffs of air came through their tiny pursed lips, sweetening their appearance and hiding the duality of their nature. Fergus leaned over the crib, his calloused fingertips ghosting over the wisps of dark hair on their heads, taking care not to disturb them. Royal and Regis hadn’t slept last night, but he couldn’t be prouder.

END_OF_DOCUMENT_TOKEN_TO_BE_REPLACED

Lust in the Caribbean

Being a young gay man in the year 1710 is not easy, as Thomas Treadwell can attest. He yearns to be free to be who he is. Shipping out on the Virtue, under Captain Temperance Stone, Thomas discovers that he is not alone in his desire for relations with the same sex. The ship’s head becomes the place for men to hook up anonymously in the night in order to save face during the light of day. But when Thomas is careless and gets caught with another man, there is hell to pay as Captain Stone orders the two men to be whipped to death!

Thomas watches helplessly as his previously unknown hook-up is beaten first and dies. But just as it’s Thomas’ turn to face death, a look-out fortuitously announces the arrival of another ship. Not just any ship, but a pirate ship called Manhunter, infamous for its figurehead which resembles a muscular naked man with a golden appendage, and because it is rumored to contain an all-gay crew!

The pirate ship, with its erotic take on the traditional Jolly Roger flag, hauls up beside the Virtue,  which it clearly outguns. Captain Stone has no choice but to surrender, after first ascertaining the safety of his crew’s “booty” among the gay pirates, who claim they don’t need to ravish anyone, they have plenty of “booty” on their own ship.  The pirates board the ship and their captain, Captain Seawolf, discovers Thomas lashed to the mast and discovers why he is being punished then offers him a chance to go with the pirates, which Thomas reluctantly accepts. He doesn’t really wish to do so, as he doesn’t agree with piracy as a way of life, but he also knows if he stays behind, he will die. Quite the quandary.

And so the adventure begins….

Lust in the Caribbean can be looked on as one man’s journey to be himself despite living in a time of great hypocrisy and prejudice. But primarily it is a sexual adventure, as Thomas revels in the freedom of living openly as a gay man among the pirates. There is a lot of sex in this book, believe it, as well as adventures, as the pirates go from situation to situation.  And what is a pirate story without treasure? Plus, once Thomas learns the secret of some of the crew, he is told he can never leave, but by then will he want to?

Great literature? No, it’s not. The writing is rough at times, and is filled with blatantly purple prose, and it would definitely benefit from better editing. Not to mention, I would say, if given the chance to speak with Mr. Harris, please don’t say sex juice ever again. Ever.  That. Is. Not. Hot. The author certainly knows how to tell a tale, though.  The story definitely held my attention. The characters are fairly well-written, and he does know how to write sex scenes. I suspect the major reason he hasn’t been dinged for bestiality, though, is that he manages to veil it in the guise of the main character keeping his eyes closed and not seeing what or who he is actually copulating with under the full moon. Oh, and did I mention there’s a merman or two? That being said, this is definitely only for mature audiences.

If you’re looking for a story with a lot of sex, this one won’t disappoint. I’ve seen smutty books that aren’t nearly as well written. If you’re looking for great fiction, go somewhere else. For what it is, I considered it to be satisfactory indeed. I might have to check out some of the author’s other writing. 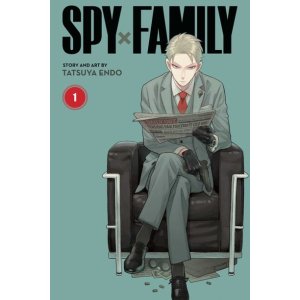 Twilight is the best spy in Westalis, a master of disguise. He lives and works undercover in the neighboring country of Ostania. As he reads the information on his next assignment, he’s shocked to learn that he is required to have a wife and child (neither of which he currently has). The target in question, a very dangerous man who is a threat to the peace between east and west, is very reclusive and the only way to reach him is through the elite private school his son attends. As if this wasn’t bad enough, the deadline for admissions is fast approaching. Twilight only has a week to find a wife and child and enroll that child at Eden Academy!

Twilight’s first stop is an orphanage to find a child—a rather shady orphanage at best. But perhaps that will suit his purposes better. He has no experience with children, but reasons that he must find the smartest one he can, so the child can pass the entrance exam to the academy. He finds a girl working a crossword, but she seems too young for the school. She is quick to assure him she is six years old. Little does he realize that Anya is a telepath! Twilight chooses her and is relieved to find no paperwork involved—he is told to take her and go.

Now… to find a wife.

At City Hall, in the capital city of Berlint, Yor is different from the other women she works with. Quiet, and somewhat naïve, she is the object of constant criticism in the guise of helpful hints, such as improving her appearance so she can find a man. Her brother Yuri worries about her, and calls her often. To relieve his mind, she tells him she has a boyfriend and is going to a party that weekend. What no one knows is that Yor is actually an assassin, and a darn good one! But how is she going to find a “boyfriend” to take to a party on such short notice?

Three people are on a collision course with destiny! Each one has needs—Twilight a wife, Yor a boyfriend, and Anya a family. When chance—or is that Fate?—brings them together, they decide to form a family. Will they be able to fulfill Twilight’s mission and gain Anya admission into Eden Academy? And if they do, how long can they maintain their cover… and how long will they want to?

This is the first volume of the series. I confess that it was love at first sight when I saw the cover! And reading the description only made me want it even more. I pre-ordered the first three volumes, the first of which just came out. I love the artwork, and I love the premise of the story, which did not fail to deliver when it arrived. It’s an action adventure story, but there is a lot of humor in these pages as well, and more. The characters are all well drawn, even if the plot is rather basic. It’s not a series about spies as much as it is about people. I see the two countries involved, Westalis and Ostania, as thinly veiled disguises for East and West Germany. (I mean, come on, Berlint?) But that doesn’t really matter. The spy action is secondary to the character development, watching these three interact, each using their unique talents for the benefit of the other two.

Of course, being the romantic that I am, I’m hoping that by the end of the series, Twilight (whose real name I hope to learn) and Yor will fall in love for real and they both embrace Anya as their daughter, so that they become a real family. Only time will tell!

Also take note of Twilight’s co-worker, Franky, who is a hoot and lots of fun.

Great start to the series, looking forward to volume 2!

“Do you have any idea what that brat has done now?” Alpha Steven demanded of his wife as he strode into the bedroom. He waited but she just continued folding clothes instead of answering him. “Dee, are you going to answer me? Do you realize what that boy has done and what it could mean for this pack?”

“Yes Dear,” Dee replied absently as she refolded a shirt that wasn’t done to her liking.

“Hey, mum. Have you seen my favourite red shirt?” Harry entered the room as he spoke and froze when he saw his father.