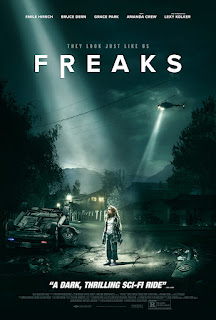 Chloe (Lexy Kolker) is seven, but she’s never been beyond her front door, kept inside by her vigilant and paranoid father (Emile Hirsch). He cautiously schools her on what to say if someone asks her who she is and what she likes, even though that isn’t her name at all. Chloe longs to go outside. Her mother is dead, and all she has is her father. He tells her that when the time comes she will go across the street to live with the neighbors, and Nancy will be her new mother. Chloe wants a mother more than anything, and that day can’t come fast enough.

Chloe peeps outside when her dad is sleeping, although he tries to stay awake as long as possible, saying he can’t protect her when he’s asleep. She spots an ice cream truck, and she really really really wants an ice cream. The older man in the truck (Bruce Dern) looks her way and smiles at her. One day Chloe sees the girl across the street getting ice cream and she tells her in her mind to bring her one, and she does. Then the man himself shows up and takes her to his truck, saying they’re going for a ride. The odd thing is he has a photograph in his truck. When Chloe asks who that is, he says it’s her mother… his daughter. And they have to rescue her. But her mother is dead, so how can that be? 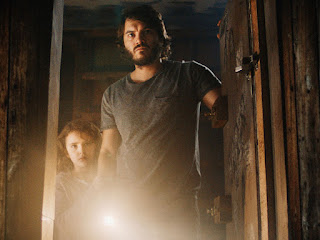 them apart from the others, and they have been labeled as freaks by the rest, who are terrified of them and what they can. Scientists predict that each generation of freaks is stronger than the last. Chloe’s mother Mary (Amanda Crew) single-handedly destroyed the city of Dallas. Chloe’s father works to keep her safe, but his powers only work when he’s awake.

Chloe has some astonishing powers of her own. She can get into people’s heads and make them do things. Grandpa is positive he can use her to rescue her mother. The concept reminds me of the TV series The Gifted, but they were ore of an offshoot from the X-Men universe  and these are just ordinary people with extraordinary powers. 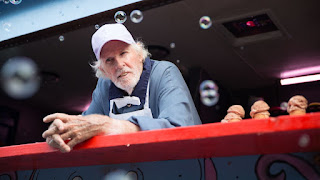 I was really glad Bruce Dern turned out not to be the neighborhood pervert. He seems at odds with Chloe’s father but eventually they decide to work together for the common good. The movie is well done, the story is great, and so is the acting. But at the same time, it’s bleak and harsh, and not something I would choose to watch again. Look for Grace Park as an FBI agent, last seen on Hawaii 5-0. I’ll give this movie 4.5 Stars. 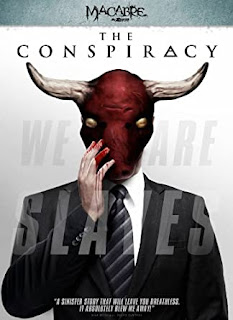 Two filmmakers, Aaron (Aaron Poole) and Jim (James Gilbert) are making a documentary about conspiracy theorists, particularly Terrance (A.C. Peterson). But in the middle of filming, Terrance disappears, his apartment ransacked, the multitude of clippings he had tacked to his walls torn down.

Aaron and Jim pursue their investigation, which leads them to the existence of a secret society known as the Tarsus Club. They discover an informant, Mark Tucker (Bruce Clayton), who helps them gain entrance to the club, which is holding some sort of meeting in someone’s expensive home in the middle of nowhere. The club is populated by obviously wealthy, established members of society. Jim and Aaron and welcomed as new members, and told to enjoy The Hunt. 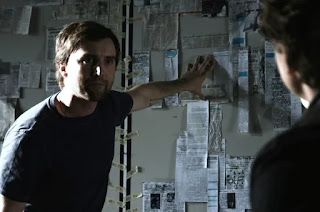 The two young men find themselves in over their heads, continuing to film as the hunt begins.

My first problem with this film is that it always felt like a film, never a documentary. If you’re going to 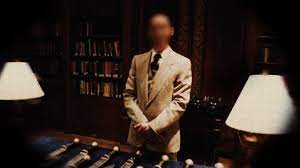 say it’s a documentary, it should feel like one. I understand the filmmakers are making a point about conspiracies and getting to the truth of the question of who is in charge, who pulls the strings. But I found my attention wandering early on, and I found it hard to maintain interest, or even to care about these guys and their so-called documentary.

Is the Tarsus Club just a stand-in for the Masons or the Illuminati or some other group of the week? Personally, I believe the wealthy control everything, but I don’t think they all hang out together and plan what’s going to happen. I believe they have their own spheres of influence and control things accordingly. 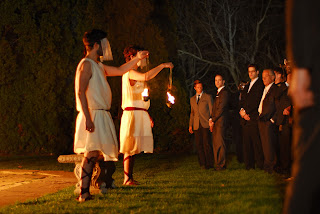 At the end of the film, the film goes horribly wrong for the two young men in a way they hadn’t anticipated, and then one disappears. Just not a lot of meat to this story, and I think it was just not worth filming. I’ll give it 1.5 Stars.