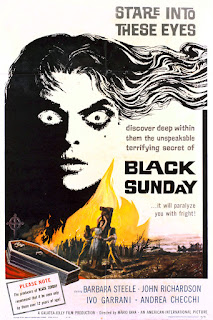 When a witch (Barbara Steele) and her minion (Arturo Dominici) are burned at the stake after first being forced to endure the mask of Satan, they vow to wreak their vengeance. Two centuries later, two doctors,Dr Kruvajan (Andrea Checchi) and Dr Gorobec (John Richardson) are on their way to a medical conference. when their carriage breaks down. While the driver fixes the carriage, they stroll about some nearby ruins and discover a strange tomb. The older doctor recounts the strange tale of the witch and the mask. The coffin is accidentally damaged, revealing the mask and the body. They pull it off, only to discover how well preserved the body beneath is. Shrugging it off, they continue to the next town and take a room.

In a nearby castle live Prince Vajda (Ivo Garrani) and his son Constantine (Enrico Olivieri) and his daughter Asa (Barbara Steele). A medical emergency requires a doctor and the two older physician is summoned. When he doesn’t return, the younger doctor learns through an eyewitness that the man who came for him was a stranger, not Boris, the stablehand. Boris is later discovered murdered. Alarmed, Dr Gorobec heads to the castle. 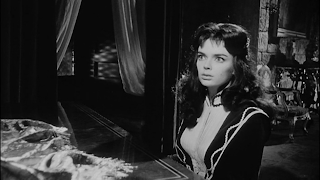 Strange things are afoot including secret passages and various clues which lead them to believe the witch intends to be reincarnated in the body of the princess. It seems that there are vampires afoot. How can they be combated? 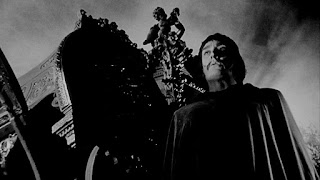 Despite the fairly common storyline, Black Sunday stands out for the way in which it was filmed. It’s stylish and rather elegant, enhanced I feel by the black and white film, although clearly color would have been a choice in 1960.  It also stars Barbara Steele, considered to be the queen of the 1960 horror genre. The film is Italian, but I saw it dubbed, which probably detracted from the overall effect, but I had no choice. Even so, it has a very Italian Gothic feel and is not short on chills and shivers. Worth watching. I give it 4 to 4.5 Stars