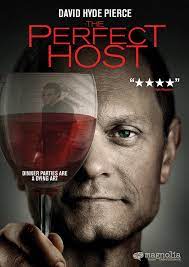 Career criminal John Taylor (Clayne Crawford) is in a bit of a pickle. Injured in a bank robbery, he’s on the lam, seeking shelter and relief for his pain. An attempt to buy the product he needs at a small store goes horribly awry when it’s held up by someone else. His name and picture are unexpectedly being broadcast on the news, so he has to lie low. Limping into a fairly posh neighborhood, he spots a postcard from Australia in a mailbox, and it’s signed Julia. He goes to the door, pretending to be a friend of Julia’s. The homeowner, Warwick Wilson (David Hyde Pierce) turns him away at first because he is busy and is going to host a dinner party. But then he relents and admits Taylor.

Distraught over John’s predicament, as the robber claims to not be able to reach his cousin, not to mention he’s been mugged, and he’s injured, Warwick insists he stay for dinner. John decides he doesn’t like Warwick’s attitude in regard to the mess he’s making on Warwick’s floor with his still bleeding foot. When his description goes out over the radio, John knows the game is up and threatens to kill Warwick if he doesn’t shut up and let him spend the night. Just one night.

That’s when things go rather sideways… 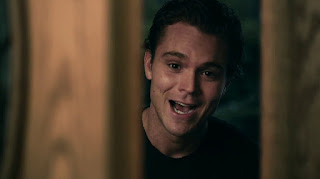 This is a very clever, very entertaining film, with a wickedly unexpected performance by David Hyde 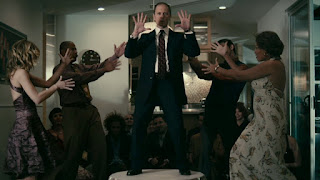 Pierce. If you only know him as Niles Crane, younger brother of Frasier Crane, be prepared to see a different side of the actor. The story is full of twists and turns, the writing is very enjoyable, and everyone does a great job. But the star of this show is undoubtedly Hyde Pierce. I didn’t see a lot of this coming. My advice is to not assume anything, simply go with the flow. I give this film 4.5 Stars. 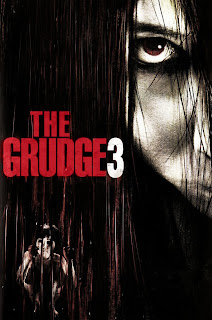 In a Chicago apartment building where a family was brutally murdered, things are not going well. Tenants are leaving – not surprisingly – and times are tough. A group of siblings are trying to hold on, Max (Gil McKinney), the building manager, and his two sisters, Lisa (Johanna Braddy) and Rose (Jadie Rose Hobson). Lisa is about to leave for an internship in New York. Excited at the prospect, she finds every opportunity to have sex with her boyfriend Andy (Beau Mirchoff) in various vacant apartments in the building, almost including the one where the family died. Rose is just a young girl with medical issues of the breathing variety. She is often cared for by older neighbor Gretchen (Marina Sirtis).  Max is feeling the pressure of Lisa’s imminent departure as well as the pressure put on him by the building owner to get new tenants or he will bring in a management company and Max will be out of a job.

In Tokyo, Kayako (Aiko Horiuchi) realizes that bad things are happening in the apartment building in Chicago, things that are the fault of her sister, Naoko (Emi Ikehata). Against the wishes of her husband, she flies to Chicago and applies for an apartment in order to have a pretext to enter the building. Lisa discovers a woman taking pictures in the dead family’s apartment. She turns out to be Dr. Sullivan (Shawnee Smith) the doctor of the only surviving member of the tragedy, Jake (Matthew Knight).  Lisa is dismayed to learn of Jake’s death. Also, Rose has spoken of seeing a boy in the building, but there are no boys there. 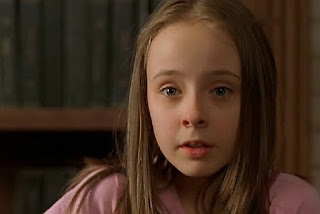 More bad things begin to happen, including the death of Gretchen, and tensions are rising. Is the grudge being carried on, and how can it be ended? Kayako knows that she is the key to that. 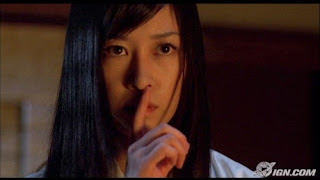 To be very honest, this film was neither very interesting nor scary, and the writing and acting left something to be desired. I thought Jake was overacting from the moment I saw him and it was very annoying. The others almost seem fresh out of acting school. Rose is tolerable, though. I watched it because I want to watch the whole series. Luckily it’s short, only an hour and a half. I hope the next (and last) entry in the series is better. I have some hope because it features Demian Bechir, whom I like. In the meantime, I give this film 2 shaky Stars.