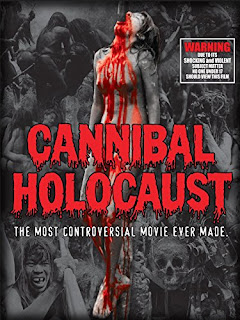 A documentary crew disappears in the Amazon rainforest. Professor Monroe (Robert Kerman) heads up a rescue mission to find them. Following their trail, they discover the footage that was taken by the missing film crew. And watching that film leads to an understanding of what happened to the four filmmakers.

This film is told in documentary style, but of course it isn’t true. However, what it is is pretty disturbing and very violent. And from what I read, although no actors were harmed during the making of this film, and all the blood is fake, but apparently some animals did actually die. Keep in mind this was made in 1980, so I’ll guess the standard disclaimers of no animals being harmed was not a thing. 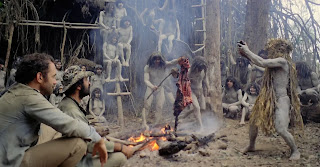 Watching the found footage, there is little doubt as to why these people met the fate they did. What is 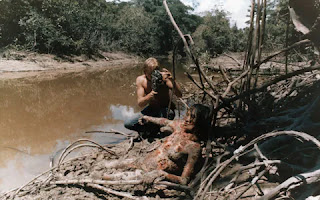 less clear is why they did what they did. There is a lot of savagery here – and not all on the part of the cannibals. Of course there is cannibalism, but also rape, torture, murder… This is a difficult film to watch, and it’s not what I would call entertaining. It’s truly horror for the sake of horror. Know this going into it – there are no happy endings here. Makes me wonder what The Green Inferno is like, which is mentioned in this film more than once. Not the film, but I guess a place.

At any rate, if you have a strong stomach and want to see why this film was originally banned give it a try. I’ll give it 3 Stars but won’t ever watch it again. Once was enough.