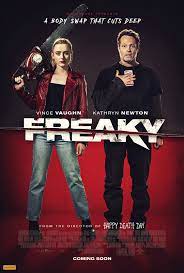 A serial killer whose nickname is The Butcher (Vince Vaughn) is loose in the peaceful town of Blissfield, and the body count is rising! But Millie (Kathryn Newton) is a teen with problems of her own. Her beloved father died the year before and her mother ( Katie Finneran) hasn’t come to terms with his death yet, seeking solace in a bottle. Millie’s sister Charlene (Dana Drori) is a cop who buries herself in her work. Millie is sweet, but timid, and there are kids at her school who bully her. She has two best friends, Nyla (Celeste O’Connor) and Josh (Misha Osherovich), but even they cannot fill her with the confidence in herself that she lacks.

When Millie’s mother fails to pick her up from a school event on time, Millie finds herself face to face with The Butcher. He is armed with a strange knife he stole at the scene of his latest murder. But something strange happens when he strikes at her with the knife, and he ends up bloody instead. If that isn’t odd enough, the next morning Millie and The Butcher awaken to find out they have swapped bodies! 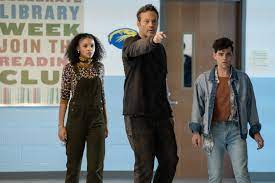 The Butcher finds himself in Millie’s house, with her family, and it’s blowing his mind. He comes close 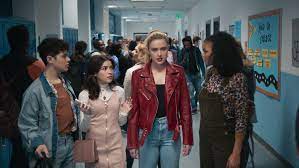 to killing her mother, but ends up going to school instead. Millie is shocked, to say the least, at her voice and her appearance. She frantically heads toward the school, but the fact that she resembles a wanted serial killer is not a plus! She runs into Nyla and Josh and they are scared of her, even when she tells them who she is. It takes some doing, but she convinces them of her identity, regardless of who she looks like, using information known only to Millie. Josh does some research on the knife in question and learns about the curse. Further, he discovers that they have a small window in which to reverse what has happened or Millie will be stuck in this killer’s body forever!

This movie is like the demented version of Freaky Friday. Although it’s funny, there are definite horror elements here as well. Vince Vaughn is great, both as The Butcher and Millie in The Butcher’s body. He plays the terrified Millie well, adopting all the mannerisms of a teen-aged girl. The cast is great, no complaints there. Maybe the situations and characters are somewhat predictable and formulaic, such as the school bullies who get their comeuppance, the minority best friends, family distanced by tragedy,  The way everything done is just fun and satisfying. I enjoyed watching it and would recommend it. I am giving this a solid 4 Stars. 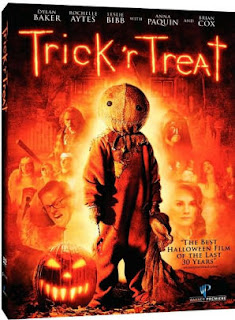 On Halloween, all things are possible, and people aren’t always what they appear to be…

Laurie (Anna Paquin) is out with her girlfriends for some fun. Realizing Laurie is a virgin, they are determined to find just the right guy for her, someone who will make her first time memorable. Steven Wilkins (Dylan Baker) is a school principal who has a secret hobby… he’s a serial killer. 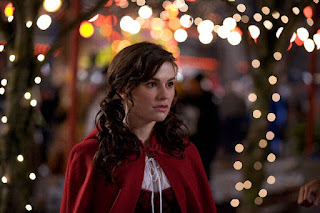 A group of teenagers are on a scavenger hunt. They invite the shy weird girl Macy (Britt McKillip). The 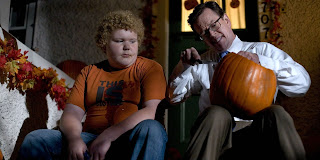 group ends up at the site of an infamous local school bus massacre, where things begin to go wrong.  Danielle (Lauren Lee Smith)is not as filled with the Halloween spirit as her husband Henry (Tahmoh Penikett). She can’t wait for the night to be over. But perhaps she should be careful what she wishes for. Mr.Kreeg (Brian Cox) is a crotchety old man who lives next door to Principal Wilkins. Very reclusive, he has no use for other people or for celebrating Halloween. He may change his mind before the night is done.

Trick ‘r Treat consists of five intertwined tales that take place on Halloween night, all with the common theme of expect the unexpected. Nothing is what is appears to be, and you can assume nothing. The way that the timeline intersects and how it relates to each story is brilliant. The stories all fit together perfectly. I like Anna Paquin in everything she does, and this is no exception. Also, Brian Cox does cantankerous well. 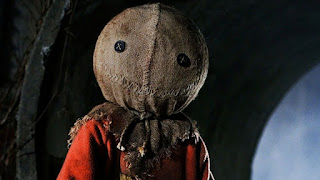 The stories are both humorous and scary and contain great twists. The cast is good, the writing is solid, and the direction and cinematography are quality, not something you always get in horror films. Definitely well worth watching, I give this film a solid 4 Stars.