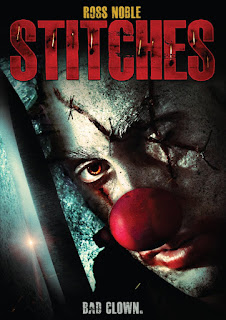 Tommy and his friends are teens now. And some of the kids have grown up to be assholes. Tom still can’t forget the single kiss he shared way back when, in his treehouse, with Kate (Gemma-Leah Devereux), but he hasn’t had the nerve to follow it up with her and now she’s dating a jock. He invited her to his party and hopes she’ll come. 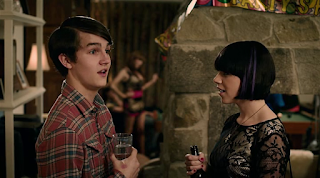 Through a touch of bad Karma, Stitches receives the invitation and decides to crash the party… 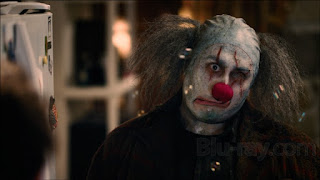 This is an Irish film, made in Ireland, and it is definitely a dark film. I wasn’t sure what to expect but I was pleasantly surprised. Some might complain that too much attention is paid to the teens in between the first and second party, but I believe it set everything up for what was to come, including how certain people died. The death scenes are definitely creative and very gory, so know that going into it. Ross Noble as Stitches is great. I could have used more of him. All in all an enjoyable film to watch. I’ll give it 3.5 Stars.