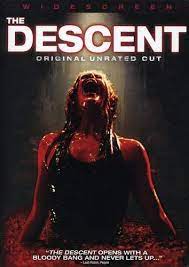 Sarah (Shauna Macdonald) is recovering from a devastating life event the previous year. She meets up with some of her friends for a vacation. But their idea of having fun is exploring caves! Juno (Natalie Mendoza) is the somewhat leader of the group. She’s the one who picks the cave and gets all the information they need to safely explore, making sure they all have the right gear as well.

This particular cave is actually in a hole, so they have to go down on ropes. The only way out is through the exit, as they won’t be able to ascend the same way. No problem, right? Except that Juno neglected to mention that this isn’t the cave she told them they’d be going to and they don’t have any guidebooks for it! She thought it would be fun for them to be the ones to explore it, and also maybe bring Sarah out of her funk. Maybe even name the cave for her late daughter! 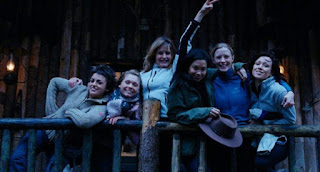 But things start to go horribly wrong, and now they’re not even sure how to get back to the surface… and they are horrified to realize they are not alone. 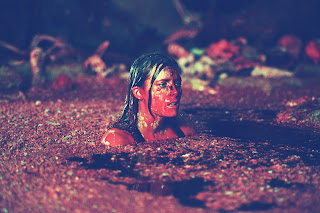 This is one creepy scary movie! I will admit to jumping more than once. Imagine being underground and not knowing how to get back up? Assuming there is a way up? And then, on top of that, the creatures… *shudders* You may recognize MyAnna Buring as she was in Ripper Street and more recently The Witcher. This is a good horror movie. I’ll give it 4.5 Stars.