Stay Out of the F***ing Attic 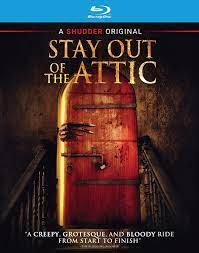 Albert Schillinger (Ryan Francis), Imani (Morgan Alexandria) and Carlos (Bryce Fernelius) are ex-cons and friends who have gone into the moving business together. They have a job at a creepy old house which requires them to pull an all-nighter in order to meet the client’s deadline. Piece of cake, right? But there are things there that should never see the light of day and a simple job goes horribly wrong. Can these three survive the experience?

Okay, this is definitely a Grade B horror flick, but as those go, this one is entertaining even if the premise isn’t exactly original. But it’s done pretty well, the acting isn’t bad, and it will keep you entertained. What more can you ask for? Watch it with a friend, maybe a bottle of wine, and try to guess the secrets of this strange house.

For example, when the villain is revealed, I swear he suddenly developed a thick German accent he didn’t 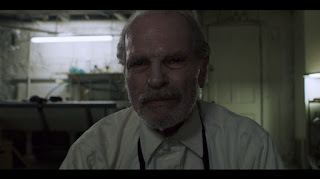 have before lol Seriously, no new ground is broken here, but it’s a short and enjoyable film. I’ve reviewed far worse. I’ll give this one 3 Stars 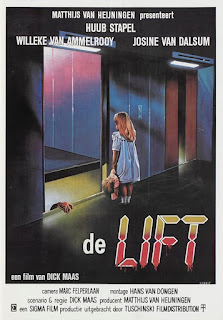 With a title like the Lift, how could I resist? I mean, I work in the elevator industry after all! This is a Dutch film, about an elevator mechanic who is perplexed by the problems with the elevators in a new office building. They shouldn’t be acting up but they are, and no one can figure out why.  He goes out of his way to solve the mystery, even teams up with a curious female journalist, and manages to alienate his wife in the process, putting himself at risk for unemployment as well.

This film is odd, kind of horror, but also kind of sci fi, and rather failing to make a decent hybrid. I think the problem is it took itself too seriously as we follow Adelaar (Huub Stapel) while he investigates whatever is going on. This film would have greatly benefited by some skilful editing. The pace is slow and tedious and it’s too easy to lost interest in what’s going on. The way the elevators work got on my nerves. There are three elevators, and they seem to open and close simultaneously, which is odd. Also, I’m not sure why there is a computer involved. 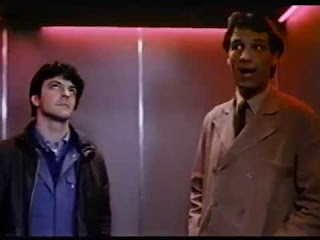 This film may have had potential, but I can’t even swear to that. I understand the lack of gore, it is  1983 after all, but it almost put me to sleep. I’ll be kind and give this 2 Stars, but barely. 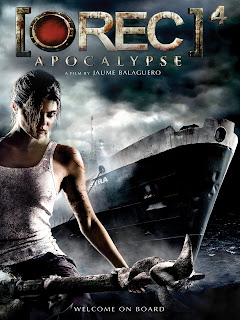 Television reporter Angela Vidal (Manuela Velasco) can’t believe her good fortune when she is rescued from the house of horrors that is the apartment building where she has been trapped with some horrible monsters! But her relief is short-lived when she finds herself being held against her will on a ship headed… where? She has no idea and no one is talking. Two of her rescuers are there, as well as an older woman who is looking for her family. She last saw them at the wedding,  but when she woke from a nap, they were gone!

To Angela’s horror, she discovers that the virus that previously held her hostage has now appeared on the ship and is making inroads into the crew! Who are these doctors and why are they so adamant that they need to perform surgery on her?

Rec 4 takes up where Rec 2 & 3 ended. But now, instead of being sealed into an apartment building, the brave reporter is being held hostage in a ship  on the high seas, no clue as to their destination or what they want with her. The doctors on the ship want to operate on Angela, convinced she holds the key to what is going on. But the virus has gotten loose and the crew is turning ugly! Supposedly the last entry in the series, the ending might suggest otherwise. See what you think. I think this was a worthwhile successor to the franchise. I’ll give it 3 Stars.