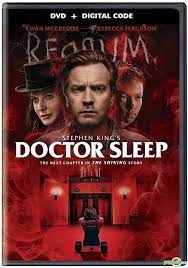 A group of people who call themselves the True Knot travel the country in search of sustenance, what they refer to as “steam”. But perhaps the more familiar term might be shining, such as that possessed by Danny Torrance (Ewan McGregor). The True Knot kill children and recruit others like them, and unfortunately have a long lifespan. On the other hand, Danny Torrance’s life hasn’t exactly gone the way he might have wished, even after he and his mother escaped to Florida after the occurrences at the Outlook Hotel in Colorado. But he decides to give sobriety a chance, thanks to a man he meets in a small town in New Hampshire, Billy Freeman (Cliff Curtis). He works both at the train ride in the park and at a nursing home. With his gift and that of a prescient cat, he knows when patients are about to die and soothes them into the next world, gaining himself the nickname of Doctor Sleep.

One day he “meets” a young girl named Abra (Kyliegh Curran) who has a similar gift. She has seen the 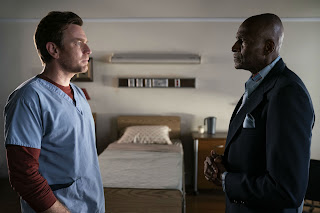 death of a young boy. Using her clues, Danny and Billy find the boy’s body. Now Danny is determined to wipe out the evil that is The True Knot, led by Rose the Hat (Rebecca Ferguson) and her evil sidekick Crow Daddy (Zahn McClarnon). Danny doesn’t want to get Abra involved, and neither does she want to tell her parents about what is going on. But neither one may have a choice. Rose sees them and she is coming for them.

Doctor Sleep is the sequel to The Shining, and there will be some familiar sights, especially when it comes to the Overlook Hotel. I think Ewan McGregor does a good job as Danny, and Kyliegh Curran is outstanding as Abra.  Rose the Hat is somewhat evil, as is Crow Daddy. And the story is interesting as we follow Danny’s journey to redemption. He is able to communicate with Dick Hallorann  (Carl Lumbly), and we do get glimpses of Danny and his mother from years before. The movie itself is well done if slow-paced and long at about two and a half hours. Not surprising as there is a lot of material to cover from the book. 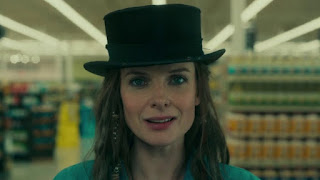 That being said, in my opinion it also lacked something from the book, and I believe this missing element is what makes most Stephen King novels hard to translate into film – there is no real heart. It may be technically correct but it lacks the emotional content the book evokes. That is just what I think of course and others might disagree. I am glad I watched it, but would probably not watch it again. The book is better, but that is true in  most cases. Still, it’s a good film, so I’ll give it 4 Stars. 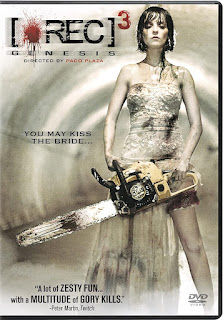 You are cordially invited to the wedding of Clara (Leticia Dolera) and Koldo (Diego Martin). Friends and family have gathered to wish the happy couple well. But unbeknownst to them, something strange has already begun when the groom’s uncle is bitten at work by a seemingly dead dog that came back to life unexpectedly… and here we go again!

The third entry in this series differs slightly from the found footage format of its predecessors, but it does start prior to the start of the first two, and during them. If you’ll recall from the first film, a couple clain that their dog is at the vet.  Apparently the vet has come down with the same mysterious illness as the rest of the wedding party. As the wedding guests begin to turn into zombies, the bride and groom, who find themselves separated, must find their way back to one another. 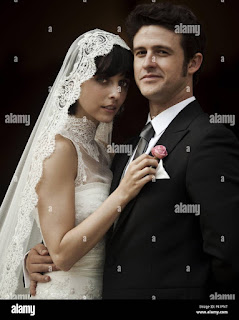 This film doesn’t take itself quite so seriously as the others, but even so, it’s a fun watch, as we wonder 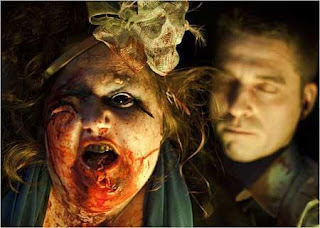 if the bride and groom will ever find their way back to one another.  There are some interesting secondary characters here, a mixture of drama and humor.

I thought the film was interesting and entertaining. I give it 4 Stars/ 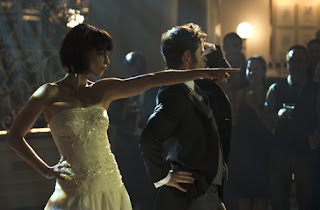