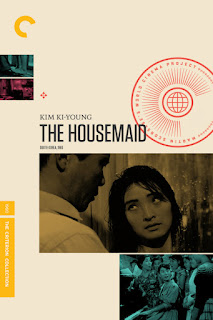 Mr. Kim (Jin Kyu Kim) works at a factory, giving lessons to the workers. Unbeknownst to him, one of the young women, Kyung-hee Cho (Aeng-ran Eom) has a crush on him, despite the fact he is married and has two children. But she is scared to say anything so her bolder friend, Seon-young Kwak (Seon-ae Ko) writes a note and slips it into the piano. But his reaction is not what they expected. He tells the supervisor and Miss Kwak is suspended for three days. Never mentioning her own complicity, Kyung-chee asks to take private lessons from Mr. Kim in his home, just after he announces he is taking students. Mr. Kim and his pregnant wife have recently moved into a home that is still a work in progress.  Mrs. Kim (Jeung-nyeo Ju) is pregnant and works tirelessly at her sewing machine to help provide for her family. Mr. Kim decides they need help and asks Miss Cho if she knows of anyone. She refers another worker, Myung-sook (Eun-shim Lee).

This is when things begin to spiral. Kyung-hee, having made great strides in her lessons, finds the nerve to tell Mr. Kim of her feelings and he throws her out, but tells her to come back for the lessons, because they need the money. Kwak overhears what has happened and blackmails Mr. Kim, threatening to go to the police and accuse him of raping Miss Cho if he doesn’t sleep with her. The situation goes from bad to worse when Kwak finds out she is pregnant. 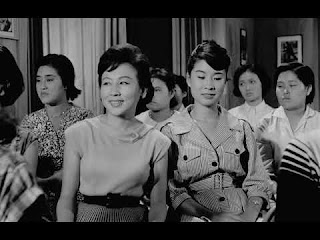 There is some very interesting social commentary going on in this film, including the factory workers 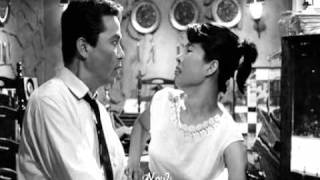 who attend the lessons in order to appear cultured. Miss Kwak might be slow but she’s smart enough to seize an opportunity when she sees it, and she becomes a holy terror to the household. Mr. Kim has two children. The older, a girl who uses crutches to get around, and her younger brother. The boy is an unmitigated brat and taunts his sister cruelly at every turn. Mrs. Kim works hard but she is frail. Her husband is devoted to her, and he is trying to spare her by giving in to the blackmail of Miss Kwak.

Inevitably, something’s got to give as Miss Kwak becomes bolder and bolder in her demands, terrorizing the couple. Mrs. Kim even blames herself because she wished for a new house, else none of this would have happened. The framework of the film is interesting too, beginning with a couple who read about a case in the newspaper about an employer who has an affair with his maid. As if that would happen. 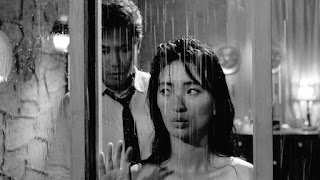 Watching The Housemaid is like watching an accident as it happens right before your very eyes, one you can’t look away from. I find myself still thinking about it, several days later. I’ll give this film 4.5 Stars

Paranormal Activity: Next of Kin 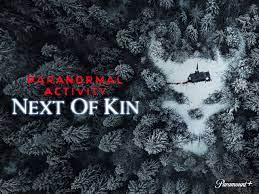 Margot (Emily Bader) has wondered since she was a child about her real mother, who abandoned her as an infant. So when she is tracked down by a relative, an Amish young man named Samuel (Jaye Ayres-Brown), Margot is ecstatic. Her friend Chris (Roland Buck III) convinces her that her story needs to be told in the form of a documentary, so off to Amish country they go, along with their tall friend Dale (Dan Lippert). They meet Samuel at a restaurant and learn how very naive he is regarding the ways of the world. When questioned how he was able to find her, he explains that he is on his one year journey of discovery, which is allowed within their religion.

They travel to the family farmhouse, and Samuel persuades Jacob (Tom Nowicki) to allow them to stay, as well as to film. Margot is delighted to meet her relatives, and makes inquiries about her mother. But she quickly gets the feeling that something isn’t right here, that they are withholding something, maybe about her mother. They discover a strange church about a mile away from the isolated farmhouse but are told to stay away. Why so far away? And what aren’t they allowed to see in there? What is her new-found family hiding?

First, my biggest complaint is that this film does not belong in the Paranormal Activity

series. This is not what I look for when I see the words Paranormal Activity in the title. PA involves security cameras set up to capture any untoward activity, but this isn’t that, as these people are filming a documentary. Second, we’ve all seen this storyline before, strange people involved in strange rituals, either summoning to trying to defeat a demon of some kind. Nothing original here, and nothing particularly interesting. Or scary. The film isn’t bad, just isn’t particularly interesting. I found myself wanting it to be over and it’s not even all that long. I mean, I just watched Shawshank Redemption which is over two hours long and never got impatient for the end like I did this PA. Unfortunately, the film ends in such a way that definitely leaves room for a sequel. I hope that sequel never comes. I’ll give this film 1.5 stars and hope this is the end.