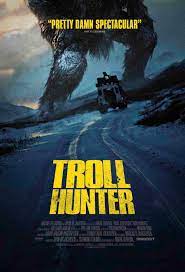 Johanna (Johanna Mørck) and Thomas (Glenn Erland Tusterud) are film students at a college in Norway. A series of unexplained mysterious bear killings leads to their discovery of a man they suspect is behind the deaths. But Hans (Otto Jespersen) is no ordinary hunter, and bears are not his game. It’s his job to control the troll population of Norway and keep people safe from them. Looks like Johanna and Thomas are about to film the movie they never dreamed of…

I have to admit I was intrigued when I saw the trailer. Trolls are not your typical movie villains, although popular in Scandinavian culture. This is another found footage film. If you watch the movie, you’ll see why. The special effects are pretty amazing. Sometimes it’s hard to believe there aren’t really such creatures roaming the planet. They looked pretty damn real. 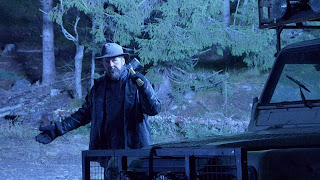 The students are both dedicated and brave…braver than me. I’d have been gone after the first sighting, I 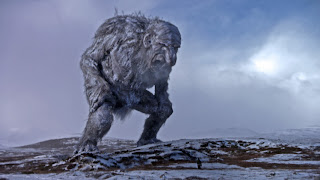 have to admit. Those trolls are terrifying. The movie is fast paced and well filmed. I was curious to see what else the director has done. To my surprise, I found he directed The Autopsy of Jane Doe, with Brian Cox and Emile Hirsch, which I saw and thoroughly enjoyed. I don’t believe I reviewed it, so maybe I’ll have to watch it again. I think I’ll give Trollhunter 4 Stars.

The Grudge 4: The Untold Chapter 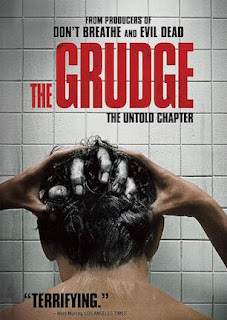 Fiona Landers (Tara Westwood) hurries home to the US from her job in Tokyo because her family needs her. Little does she know she’s bringing a curse along with her.

Okay, that’s the short version. This is how they continue the series, although the curse was already brought to Chicago in the film before this, but that isn’t brought up. This film takes place over three different timelines, which eventually intersect, much like the original film. But if you don’t know this, it makes it hard to follow. I finally just looked it up on Wikipedia so I’d know what was going on.

Despite some of the people involved, such as Demian Bechir, John Cho, and Lin Shaye, this film didn’t cut it for me. I didn’t find it scary, rather tedious. Makes you wonder why are you still making these films? It’s only an hour and a half, feels longer. I’ll give it a grudging 2 Stars, basically for Demian and John and Lin. Watch at your own peril.