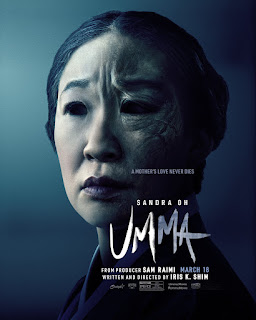 Amanda (Sandra Oh) left Korea some sixteen years ago. She now lives quietly on a rural American farm, along with her daughter Chris (Fivel Stewart) who is sixteen and has no real knowledge of her heritage, not speaking any Korean either. Amanda is a beekeeper and makes a living selling her honey, which is in great demand, through a local shop owner, Danny (Dermot Mulroney).  It’s an isolated life, made even more so because Amanda can’t be around electricity – it makes her sick.

The unexpected arrival of Amanda’s uncle changes everything. He brings word of her mother’s death… and has brought the deceased to Amanda in a suitcase. He chides Amanda for her lack of respect for her mother, and for the way she has raised her daughter in ignorance of her heritage. Amanda hides the suitcase away, determined to have nothing to do with it, and she lives to Chris that anything has happened. But then she begins to see her mother, who calls her by her birth name, Soo Hyun, and Amanda begins to worry that she is becoming her mother.

I read some criticism of this film as not being much of a horror story, but I disagree. You have to look at it on more than one level, though, to gain a better understanding of what it’s about. There’s an element of horror, yes, but it’s also about family and heritage, as well as mothers and daughters, and growing up and letting go. I watch a lot of horror films, obviously, but I’ll admit straight out that I jumped a couple of times during this. Sam Raimi was a producer on this film, and he has a pretty good idea of horror movies, I think. I give this film 4.5 Stars. 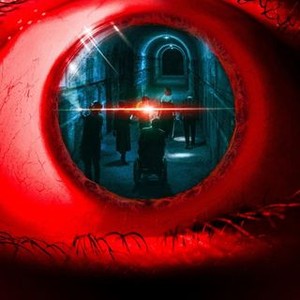 A group of LARPers roleplay an alternate history in an actual underground bunker, playing Nazis. When the game is unexpectedly interrupted, the guests leave and the staff are left to deal with the aftermath. Things begin to go horribly wrong, and they find themselves trapped in the bunker, along with what might possibly be a ghostly entity. One that seems intent on killing them off.

I’m not going into the plot in much depth because frankly I was lost most of the time, trying to sort out the characters they were playing from their own personalities. The drama really starts when the mastermind behind the game, Greg, disappears, after learning that a girl he’s involved with is pregnant. Really pregnant, unlike the fake pregnancies exhibited in the game as a form of eugenics. (Nazis, remember that). The staff is torn between concern for his safety and being convinced he’s pulling something over on them.

There seems to be a ghost involved, one that seems to share consciousnesses with one of the women, who ends up in the actual time when the bunker was occupied, as the ghost.  Another aspect that is confusing is why a black man or a non-binary person would choose to role play as Nazis. I finished the film, but I had to read an explanation of what I just watched. Never a good sign. Still not sure what happened. I’ll give this film a shaky 2 Stars. Personally, I think you’re better off watching something else.