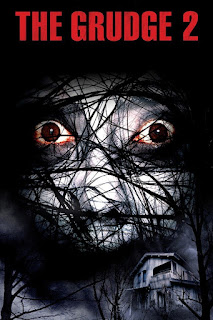 Aubrey’s (Amber Tamblyn) sister Karen (Sarah Michelle Gellar) is being held in Tokyo, accused of burning down a house. Their mother is too ill to fly to Japan to deal with the situation but demands Aubrey do so, even though she has gone no contact with Karen. Aubrey goes and finds her sister under lock and key at a hospital. Karen is actually happy to see her and begs her to get her out of there. Aubrey meets a young man named Eason (Edison Chen) who also wants to talk to her sister. He is a journalist and he is trying to figure out what happened in that house, but Aubrey isn’t receptive to the idea.

Allison (Arielle Kebbel) is the new kid  at an elite academy in Tokyo. But she quickly becomes a target by some of the popular mean girls. Two of them take her to a house which was the scene of some horrific crimes and persuade her to go inside with them. There they play a vicious prank on her, locking her inside a closet, where she sees something horrifying. But the prank backfires when one of the girls goes missing, and Arielle just wants to go home. 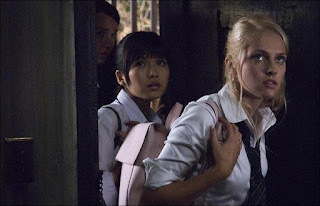 Meanwhile, in Chicago, Trish (Jennifer Beals) has moved in with her boyfriend Bill (Christopher

Cousins) and his two kids – Lacey (Sarah Roemer) and Jake (Matthew Knight). She wants to get to know them, but they aren’t sure about her. Jake thinks something strange is going on with their next door neighbors, but he isn’t sure what, other than they’ve come in with someone who huddles beneath their coat and can’t be seen. Strange things begin to happen. Trish and Bill are nowhere to be found, and he thinks there is something wrong. He sees things he is sure can’t really exist. But when he meets the girl next door, she tells him they followed her home.

The Grudge 2 picks up where the first one leaves off. There are three intertwining stories here, which sometimes makes it difficult to follow the plot. I’m still not entirely sure why these things are happening, although the film gives the same explanation as the first one. Again, not a bad film. I hope everything is wrapped up in the final installment. I’ll give this one 3.5 Stars as well. 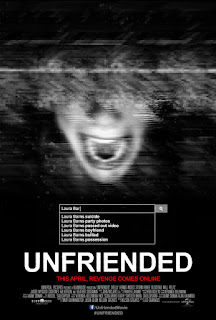 A group of friends who are Skyping find themselves with an uninvited stranger in their midst, one they cannot get rid of no matter how many times they exit and enter. As if this wasn’t odd enough, someone is posting on the Facebook of a dead girl named Laura, who committed suicide… one year before. The intruder claims to be Laura and is determined to reveal all the group’s secrets, including who posted the embarrassing video that caused her to kill herself.

The intruder, who calls herself Billie, but whose account is linked to Laura’s, wants to play a game of Never have I ever. And secrets are being revealed that will tear friendships apart. But worse than that, breaking the rules of the game could prove to be deadly. 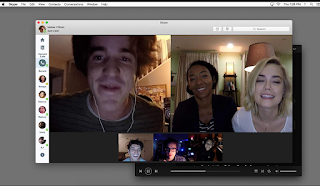 This film is told from the POV of the participants, as we watch them Skype on their individual screens. As the night progresses, the teens turn on each other as their secrets are revealed in the midst of this deadly game. It has a fair amount of scares and shock value to be interesting without being too obvious. In fact, at the end you can’t really be sure what exactly happened. 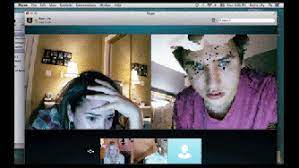 None of these teens is exactly innocent, they were all cyber bullies who received their just desserts. Lesson to be learned – be careful what you do on the Internet, it will live there forever. I did enjoy this and will give it 4 Stars.