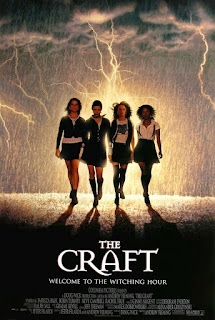 After her father and stepmother move the family to San Francisco, Sarah (Robin Tunney) finds herself enrolled in a Catholic prep school where she knows no one. At first feeling like a fish out of water, she’s attracted to fellow student Chris (Skeet Ulrich). When Sarah asks him about three girls who are staring their way, he warns her against them, saying they are considered to be witches. Sarah doesn’t believe him, and when she is approached by group leader Nancy (Fairuza Balk), she is introduced to the others – Bonnie (Neve Campbell) and Rochelle (Rachel True). Nancy witness something during class which makes her believe that Sarah can be the fourth they have been looking for.

Joining them on a little shopping trip, they end up at an occult bookstore, where Sarah reveals her interest 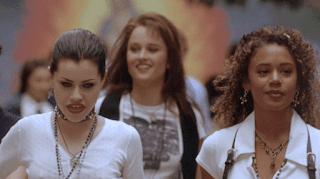 in witchcraft, an interest which they all share. Nancy warns Sarah about Chris, but she goes out with him anyway, and the next day he spreads untrue rumors about her. It’s time to get even.

Believing in themselves and the power within, the four girls feel they can do no wrong. They start by fixing things about themselves, such as Nancy’s scars, and Rochelle’s problems with a racist student. But the power goes to their heads, and people are getting hurt. Sarah begins to realize this is wrong, and it’s not something she ever wanted. But they don’t want to let her out of the circle… at least not without consequences. 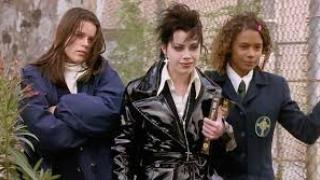 More than a story of teenage girls and witchcraft, The Craft can be taken as a cautionary tale about letting power get to your head, and thinking you can do what you want and never be harmed in the process. The girls cast a spell on Chris so that he is obsessed with Sarah, to get even for the lies he told about her. But that brings out problems of its own. And as the girls began to turn on one another, it’s hard to tell what is real and what is a glamour. 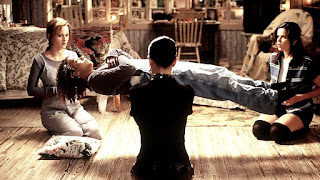 The acting in this is good. Fairuza Balk plays a bitch pretty well. I’ve always liked Neve Campbell and find her to be underrated. There is a sequel, which was made over twenty years after the first, which I also intend to watch. I’ll give this a solid 4 Stars.