The Family I Had

On February 5, 2007, the Abilene Texas 911 operator took a call from a sobbing 13-year old boy who said he had killed someone – his 4 year old sister. The operator tried to get the boy, Paris Bennett, to attempt CPR on his sister Ella, even though he assured the woman his sister was dead. Spoiler alert: she was. The children’s mother was called at work, at a local Buffalo Wild Wings, and told to come home immediately.

This documentary takes place ten years later, and is told through a series of interviews, primarily with Charity Bennett, the mother. Having lost her daughter to her son, she forgave him and remains in touch with him to this day. Her mother, Kyla, does as well. Charity became a mother at a young age, being only 18 when Paris was born. Interestingly, Charity lost her own father at an early age, a death for which her mother was tried and acquitted. 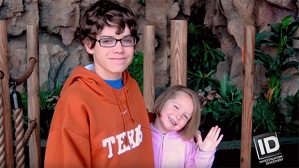 Paris loved his sister from the moment she was born, and they were very close. A very intelligent boy, he has an IQ of 141. That didn’t keep him from committing this horrendous crime.

The directors of the film try to present a balanced picture without placing blame. But from what I can 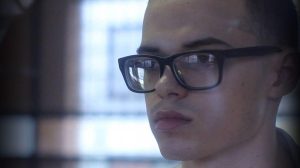 see, there is plenty of that to go around, and not just with the actual murderer, Paris. Watch the interviews with Paris and see how emotionally detached he is. He is an actor as well, as we learn that the whole sob story he gave to the 911 operator was a lie. Plus when she thought she had him performing CPR on his sister, he wasn’t. In fact, before he called 911, he called a friend and chatted for a few minutes.

There are details that the documentary fails to mention that I read afterward. The night of the murder the two children were being babysat while their mother worked. But Paris talked the sitter into going home early (she doesn’t even appear in this film, and other than the one mention, nothing is said, so I wonder if she was questioned as to why she would take her charge’s word that she could go home when the mother clearly wasn’t there). Apparently Paris was watching violent porn for some time (I assume even before the sitter was dismissed by him). At some point in the night, he went into his sister’s room, sexually assaulted her and repeatedly stabbed her as he did. According to him, “it felt like stabbing a mattress or a marshmallow”.

Prior to this crime, Paris was diagnosed as having homicidal tendencies, as well as sexual aberrations. And yet no one thought to do anything about it? I have a problem with that, as well as with the “forgiveness” of the mother, who at the same time fears him. Since this happened, she had another child, a boy she named Phoenix, and she doesn’t want the brothers to meet, although they do speak over the phone, but with her in control.  I couldn’t help but notice that she seems to treat Phoenix as a replacement Ella, even putting his long blond hair into a hair tie or barrette of some kind.

To be honest, I find both Charity and Kyla to be narcissists, and while the film is about Ella in that she is the subject, it is more about them, and how they claim to not be at fault for what happened. The reason we are given for what Paris did was sibling jealousy. He wanted to hurt his mother because he wanted to be the sole focus of her attention. His grandmother is in denial that her grandson is a sociopath, but I think that much is obvious.

It’s a tragic situation which I see as becoming worse if they ever let Paris out of prison. He only received a 40 year sentence, because of his age, and will be eligible for parole when he is 33. Charity is afraid of what he might do to Phoenix, and I think her fears are justified. She claims he isn’t getting the help he needs. I hate to say it, but not every illness can be cured. And I don’t think that leopard can change his spots. If anything, I’d be afraid he’s learned more about the subject while he’s been incarcertated.

This was an interesting documentary. The only person I feel sorry for is Ella, whose life was cut so tragically short.  Watch it for yourself and see what you think. I give it 3.5 Stars. 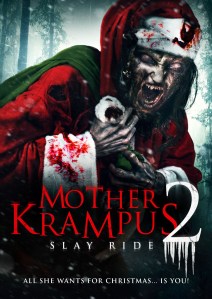 Twas the night before Christmas in Cleveland, Ohio, and four young women are completing their compulsory community service. Only a few more hours and they’ll be free. They’re stuck assisting at a shelter which is feeding the poor and homeless. The girls are less than enthused about the situation and don’t take it as seriously as they perhaps should. When they duck out to a bar, one girl finds her boyfriend there with another woman. And during the ensuing discussion, they end up in his car having sex. Another girl, Lady Athena, who is a transvestite, plies one of the other girls with drink. None of them are in particularly good shape.

When they finally return, the frazzled manager of the shelter asks them to deliver meals for the seniors on her route. What else can they do but say yes? The three girls cover for the fourth, who is still with her boyfriend. They’ve been instructed to spend half an hour at each stop, to spread Christmas cheer. Their efforts are met with less than great enthusiasm, which matches the effort they put into it.

One house, though, is different. Unbeknownst to them, someone has come into the house and killed the inhabitants and is now playing like she is the woman of the house. And she is their next stop.

Okay, where to start with this one?  First, how about the title. Despite what it says, there is not a Krampus in sight, and no mention of one. So right away, we have false advertising. The film starts with a masked figure who comes upon all the inhabitants of this house and murders them one by one.Why? We don’t really know. Later in the movie, she tells the girls she’s lived there all her life, but if there is a backstory, it’s never told.

The movie is only about an hour and a half long (but seems longer), and some of that time is taken up with sheer stupidity and gratuitous nudity and near nudity. Why one of the girls changes into a very very short red dress with a plunging neckline is beyond me. Then she sneaks her boyfriend into this stranger’s house and has sex with him in one of the upstairs bedrooms, after which the girl feels free to take a shower, while he watches cartoons on the TV.

The acting is tolerable, I’ve seen worse. The pacing is uneven, the writing not particularly good. You know from the beginning that this woman is nuts, so it’s just a matter of time until she goes after the girls and the supervisor who comes to give them Christmas presents on their last day of service. Honestly, the only halfway interesting character in this is Lady Athena. There is a lot of gore and badly down bloody make-up. The ending makes me wonder if there could be another one.

I sincerely hope not. I’m going to give this 1.5 Stars and call it a day.