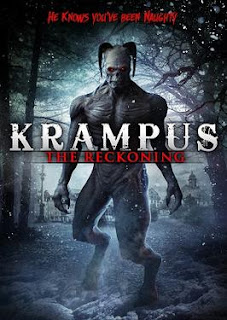 Zoe (Amelia Haberman) is a troubled child caught in the foster care system. She is difficult at best, and some might even say she’s downright creepy. She wears a perpetual glower. So cynical for one of her tender years. When a fire claims the lives of her current foster parents, back into group care she goes.

Dr. Rachel Stewart (Monica Engesser) is a child psychologist who is assigned to Zoe’s case. She finds her rather disturbing and uncommunicative but gives her some leeway, under the circumstances. Rachel works for the police department, in the Homicide division, along with her friend, Detective Miles O’Connor (James Ray) who has a propensity for drowning his sorrows and turning up drunk on her doorstep. Although there is nothing between them, you can cut the sexual tension with a knife. Rachel has an adopted son, Lamaar, whom she loves dearly, and he’s a rather precocious young man.

In an effort to learn more about Zoe, Rachel plays detective to hunt down Zoe’s previous foster family. And what she learns… well, it’s not only shocking but it’s impossible. Zoe doesn’t have a lot of things, but she has a small box in which she carries her most prized possessions, including a small Krampus doll. She believes wholeheartedly in Krampus, and has no problem with summoning him, should the necessity arise. She doesn’t seem to care for other people, especially those who, in her opinion, are evil.

More people are turning up dead through fire. They’ve never seen so many crisped corpses. Something 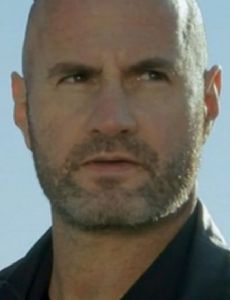 suspicious is going on here. What can it be?

This entry in the Krampus series is weak, at best, and just about as bad as the first one (which was pretty bad). The actors just aren’t very good at what they do, and they sound like just what they are – actors who learned a script (but not very well). The story is rather weak, and doesn’t even bother to explain the strange supernatural element (other than Krampus).Or how Krampus and Zoe even got together originally. 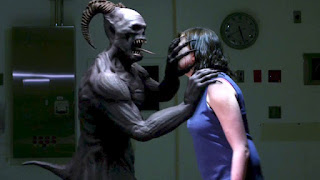 There are much better Krampus films out there. I recommend you find one of them and don’t bother with this one. I give this film a rather shaky 1.5 Stars.

The Brotherhood of the Wolf 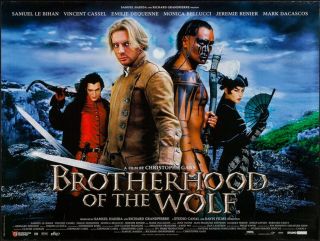 At the time of the French Revolution, a nobleman who knows the peasants are coming for him,  remembers a time many years before, when he was very young, and a mysterious beast roamed the French countryside, killing hundreds of people. The Chevalier de Fronsac (Samuel Le Bihan) and his native American friend Mani (Mark Dacascos) are sent to investigate, at the behest of the king, Louis XV.

On their arrival in the province of Gevaudan, they are met by some highwaymen, who think they will be easy marks. But Mani is greatly skilled, and easily puts them in their place. He catches the eye of a young woman of high spirits. But when he runs into her later, during a wolf hunt, she taunts him cruelly.

The Chevalier and Mani are introduced to the family of the Comte de Morangias.  Gregoire is instantly smitten with the daughter, Marianne (Emilie Dequenne). She has a mind of her own and great beauty. Her brother Jean-Francois (Vincent Cassel) was sorely wounded on a trip to Africa, and as a result has lost one arm. Even so, he manages rather well, and keeps a close eye on his sister, with the assistance of the family priest.

Gregoire is convinced that the beast is not a wolf, despite what the others say, and Mani agrees with him. During a visit to a local brothel, Gregoire becomes intrigued by an Italian whore, Sylvia (Monica Belucci) who he suspects isn’t all she appears to be. The Chevalier has a talent for drawing, which he utilizes on his journeys, besides his skills as a taxidermist. He sketches the courtesan, but someone with an axe to grind steals the pictures and shows them to Marianne, which of course does not sit well with her.

When a wolf is caught, Gregoire is ordered to make it into the beast, so the people will be satisfied and the matter will be over, and the king will be happy. He has no choice, but he knows the beast is not dead, far from it. And he will do everything in his power to get to the truth.

This was a very well executed film, beautifully filmed, and very imaginative. From the title, I assumed this was a werewolf movie, but that is pretty far from the truth. I don’t often watch French films, and listening to it in its original language was a treat. For the most part, the cast was unknown to me, but I have seen Monica Bellucci before. You may remember her from Bram Stoker’s Dracula. The big surprise was with Mani, who turned out to be Mark Dacascos, who you might remember if you ever watched Iron Chef America as The Chairman. He also played Wo Fat in the recent Hawaii 5-0 tv series.

The story is very interesting and kept me guessing up until the end, until we found out about the brotherhood. Mani’s action scenes are very impressive, as are Gregoire’s. Admittedly, there are some flaws, such as the mention of steel, which didn’t exist back then. And the reference to Mani as a Mohawk, another term not in use then. Maybe some minor continuity errors. But on the whole, this was an enjoyable film. I give it a solid 4 Stars.