In order to escape from a bad situation at home, Greta, an American nanny (Lauren Cohan) takes a job in a large house in a remote village in the English countryside. Upon arrival, she meets Malcolm (Rupert Evans), who works as the handyman for the elderly couple who have hired her. Although she is not open to any sort of relationship, he assures her that he won’t press, and she relaxes into a friendship with the likeable Malcolm.

The couple who hired her are the Heelshires, and when they introduce her to their son Brahms, Greta is

shocked to discover that their “son” is a doll. An actual, doll. Although she is creeped out by this, she remains polite as the mother and father treat the doll as though he were real. They are going on their first vacation in many years and can’t wait to get away, leaving her with a list of rules that must be followed.

From the beginning, Greta finds the house to be spooky, and not only does she hear things behind the walls, but the doll seems to shift locations on its own. Some of her things disappear too, and once she finds herself trapped in the attic.

Some of the rules are even creepy, such as reading to Brahms in a loud voice. Also, he loves to listen to his music loud as well. The couple don’t throw leftovers away but freeze them instead. But when Greta contacts her sister who sent her there, her sister tells her she’s imagining things and to tough it out. Meanwhile, she finds herself being drawn more and more to Malcolm.

And then Greta finally discovers the truth. Now what’s she supposed to do?

At first, I wasn’t sure what to make of this film. I mean the idea that this old couple would treat a doll like a flesh and blood child, and then pay for a nanny just so they could go on vacation, seems absurd and maybe a little idiotic. But keep watching, and things fall into place. There are even well-placed subtle clues if you know where to look.

There is a certain creepy factor to this story which only adds to the atmosphere. What could have been something trite and stupid is actually rather unique, and it stands out from other horror films in not being the same old same old. This was definitely worth watching, and I give it a solid 3.5 stars. 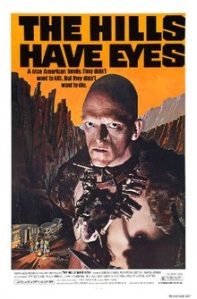 While en route to California, a family vacation is sidetracked when the father decides to search for a rumored silver mine. Misfortune follows when their car runs off the road, stranding them in the middle of nowhere. The problem is they are far from anywhere, but they are far from alone.

There are people in the hills, uncivilized backwoodsmen who have an appetite for meat… of any kind. The situation quickly becomes a survival of the fittest, as the family fight for their lives against people who have no problem with killing everyone they see.

This film is an early Wes Craven, after his debut with The Last House on the Left. Like that, this film has scenes of harsh violence and there is a definite creepiness factor with this family of savages in the desert. It’s an interesting watch, especially for the 70’s, as the stranded family struggles to survive when there seems no help of rescue. Look for Dee Wallace as the mother with the young baby in this (you might remember her as the mother in ET).  I plan to watch the sequel, and then the updated versions, done in 2006. I do recommend watching this, and I give it a solid 3 stars. 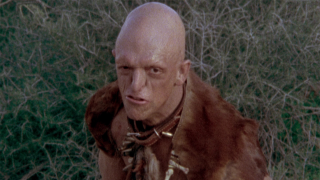