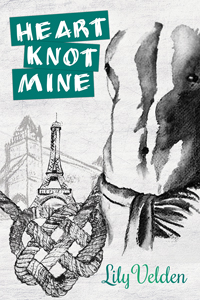 Noah Daniels’ love life is—to put it mildly—unsatisfactory. None of the women he’s been dating really do it for him, but he doesn’t know why. None of them strikes a spark inside of him. What’s the matter with him? His brother Mitch and his wife Miranda have spark—in spades. Noah wants what they have. Why can’t he have it too?

When the opportunity arises for a job exchange—he’ll go to London for a semester and teach art at central Saint Martens while his British counterpart takes his own position in Chicago—Noah decides to go for it. Maybe he just needs a change.

He settles into the other guy—Robert Callinan’s flat, and becomes familiar with his new surroundings. He meets Robert’s next door neighbor, Mrs. Higginbotham—a very friendly older lady who welcomes him with a casserole. Noah does some exploring of London in the week before he’s due to start work, and he likes what he sees.

More than just a holy cow I’m gay book, this is one man’s discovery of who he really is, one that will take him to some very interesting places, especially as he finds himself increasingly drawn to the star of the DVDs—the man whose bed he’s sleeping in.

But, as with most such journeys, there are ugly truths to be learned as well. I cried in places, laughed in others—and found a lot of heart in these pages. Most importantly, I felt.

I first read Lily Velden in her story, Hunter or Hunted, in the Love, Loss, Laughter & Lust anthology. I knew then she can write. This book more than confirms that.

Her style is classic and descriptive, her characters well-drawn. I look forward to reading the next book and see where Noah goes from here. Well done, Ms. Velden, well done!