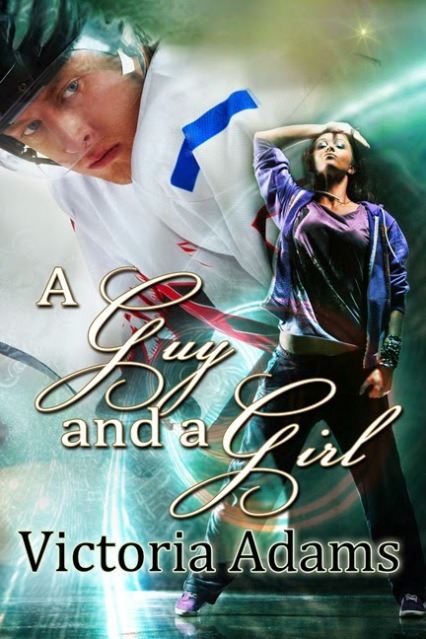 Tagline
Lies, deceits and secrets – not a good way to begin a
relationship.
Blurb
After an ugly past forced Hunter Connolly to escape to Europe, the talented hockey player is back in North America and determined to land a position with a professional team. But he can’t hide from his past forever, especially when his beautiful classmate, Chelsea, forces him to reexamine his life. Soon, hockey is not his first priority anymore.
Chelsea Henderson is a bright co-ed working towards her dream of being a professional dancer. She forms a unique friendship with one of her father’s newest recruits and would love nothing more than to take it to the next level. However, there’s just one small problem. He doesn’t know she’s his coach’s daughter.
Amid the deceptions, danger lurks closer than they could ever imagine. Will fate contrive to rip the young lovers apart? Or will Hunter and Chelsea have their shot at love?
Buy link – Exclusively at – http://www.amazon.com/dp/B00L2GRD1U
For Free Read  – Blog – http://victoriaadams.blogspot.com or
WattPad – http://www.wattpad.com/user/VictoriaAdams
Excerpt

Hunter called from his spot sprawled on the floor in front of his sofa.
Chelsea walked into the living room. “Hey.”
He nodded, grabbed the remote and muted the television.
Chelsea spun a kitchen chair around and sat on it. “Okay, the silence’s killing me. I’ll start with some lame conversation and you just leap in. How was the bio midterm?”
“Passed it. Should write all my exams with a hangover.”
She tapped her fingernail on her thigh. “Guess that was the end of the conversation starters.”
Hunter levelled a glare at her. “What do you want, Chelsea?”
“I want you to sound less angry. I want to talk. I’d like to try and explain. First off, I’m so sorry the cops hauled you in.”
“No.”
“No?” Her voice squeaked.
“Todd was stalking you. The cops had no idea if it was him or me. And from the questions asked, I’d say some pretty weird things’d been happening.”
She shuddered. “I kept thinking I was being paranoid or something. But that’s not why I’m here.”
Hunter slammed a fist on the carpet. “I damn near slept with the coach’s daughter! Why the hell didn’t you tell me?”
Chelsea watched the tiredness in his eyes shift to rage. “Because… because….”
“I wouldn’t date you if I knew who you were.”
“Yea and that’s not fair.” She sat up taller and matched her gaze with his. “It’s not my
fault your coach is my dad.”
Hunter closed his eyes and sighed. “I don’t know what to do, Chelsea. My head hurts too damn much to think.”
“Damn it, Hunter, I really like you. I don’t want to lose you as a friend. I don’t want to lose us.”
“I don’t know if there’s going to be an us anymore.” He rubbed his temples.
Chelsea sat behind him on the sofa, slipped her hands under his and began massaging his head.
Hunter pushed her hands away. Although it hurt him to say it, he said, “Go home, Chels. I need time to think.”
He refused to look at her. He couldn’t. He knew he’d give in, wrap his arms around her and beg her to stay.
A Bit about Victoria Adams
I live in Ontario, Canada with my husband and pets. Daughter’s grown up and is now teaching. I like to garden, cook and study Raqs Sharqi (Egyptian belly dance). In the summer, cars slow down when they pass my front yard and the passengers gaze at my flower beds. Friends love to be invited over for supper as the meal is going to be good, good for you and nowhere near low-calorie! No dieting allowed at dinner parties. As to belly dancing, find a class and try it. It’s a blast! Age and weight don’t matter. There are many plus size ladies and one 74 yr old grandmother in one of my classes.
I’ve been writing since I was little. Being an only child, long car rides were filled with making up stories in my head about the people I saw out the car window. I wrote my first full manuscript in 10th grade. When my daughter was younger, I made up stories that she suggested. I’d say – Once upon a time there was a…. She’d shout an answer – chicken! And the story went from there. Great creativity exercise as it turns out. Now, my writing style has taken a split to contemporary romance for adults and contemporary romance for new adults.
Circles Trilogy is my first series.
Dancing in Circles – http://www.amazon.com/dp/B009PFNPMG
Circles Divided  – http://www.amazon.com/dp/B00BBKNDAC
Circles Interlocked – Ebook link – http://www.amazon.com/Circles-Interlocked-ebook/dp/B005S8LI46
Print – http://www.barnesandnoble.com/w/circles-interlocked-victoria-adams/1113052929?ean=9781475268928
(Books 1 and 2 will
be out in paperback in the not too distant future.)
Latest release – A Guy and A Girl – http://www.amazon.com/dp/B00L2GRD1U
There are 3 or 4 more completed works are quietly nestled on my hard drive waiting for their moment to shine.
Where to find me
Blog – Pages of Romance – http://victoriaadams.blogspot.com
FaceBook – http://www.facebook.com/victoriaadams.romancewriter
Facebook Author Page – http://www.facebook.com/pages/Victoria-Adams/244325918978641
FaceBook – Circles Trilogy Page – http://www.facebook.com/CirclesTrilogy?ref=hl
Twitter – http://twitter.com/_VictoriaAdams
Google+ – Victoria Adams
Website – http://victoriaadamsromance.wix.com/victoria-adams
Wattpad – http://www.wattpad.com/user/VictoriaAdams
Tribberr –  Pinterest –  Wattpad – GoodReads Amazon Author – all
Victoria Adams
And
semi-regularly here on Wednesday Briefs, when I post my flash fiction.
I’d love to hear from my fans. It helps to connect with what my readers what to read.