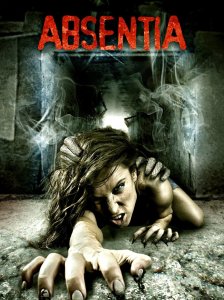 Seven years have passed since Tricia’s husband Daniel went missing. Seven long years of wondering what the hell happened, where did he go, and why. Finally, Tricia decides it’s time to move on and have Daniel declared dead in absentia, since it’s clear he isn’t coming back, for whatever reason. Tricia’s sister Callie joins her in order to help her move on. Callie is something of a wanderer, flitting about from place to place, setting down no permanent roots. And she was a junkie, but she’s clean now and she’s found religion. Also, Tricia is pregnant, but she is reticent about revealing the name of her baby daddy.

Strange things begin to happen. Tricia thinks she sees her missing husband and he terrifies her. Her 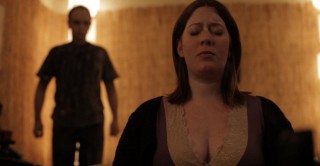 therapist assures her it’s just the stress of finally declaring him dead that has triggered these sightings. While on a run, Callie encounters a strange man in a nearby tunnel. His first question to her is, “You can see me?” He creeps her out and she goes on her way, but returns later, with food for the man, as her Christian duty. But he isn’t there.

And then the unexplainable occurs… Daniel returns.

Tricia’s world seems to be falling apart. Daniel doesn’t seem to be the same man, and she is torn between her husband and the father of her baby. Something very odd is going on, to say the least, but what is she supposed to do? 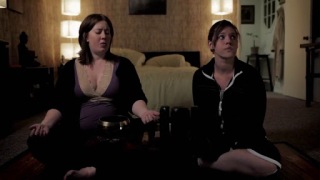 Absentia is a very quiet kind of psychological horror film which revolves around the resolution of grief, never an easy task.  There are some creepy moments, but nothing overtly horrifying. And yet at the same time, the premise is horrifying as we try to suss out what happened to Daniel, and can it happen again? To him… or anyone? The mind sometimes finds certain facts or suppositions difficult to accept. But the easy answer is not always the right one.

This was a good film, worth watching. Decide for yourself what happened. And think twice about entering creepy tunnels. I give this film 3.5 stars. 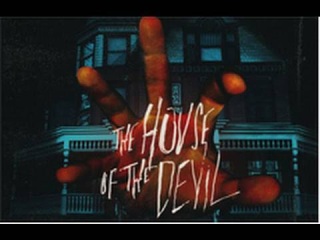 Samantha (Jocelin Donahue) is a college sophomore who longs to move out of the dorm she shares with her friend Megan (Greta Gerwig) and into her own place, one where she won’t have to worry about not getting into her own room because her roommate is entertaining. She finds a great apartment with a very understanding landlady (Dee Wallace) who only asks for $300 first month rent, no down payment. The trouble is Samantha needs the money by Monday and today is Wednesday. She has to do something fast!

An answer to her prayers arrives in the form of an advertisement on campus for a babysitter. One night only for $100. Seems too good to be true… and it is. When Megan drops Samantha off at the house in the middle of nowhere, she tries to persuade Samantha it’s not a good idea, but Samantha is stubborn. They both go into the house and meet the man who placed the ad, Mr. Ulman (Tom Noonan, who played Francis Dolarhyde in Red Dragon). But here’s the catch. Turns out there is no child, just an elderly woman. When Samantha balks, Mr. Ulman increases his offer. Finally, Samantha demands and receives $400. What the heck, it’s just for a few hours. She’ll watch TV and come home with the money she needs.

If only life were that simple….

This is one of those films where you wonder how anyone can ignore so many red flags. Seriously? 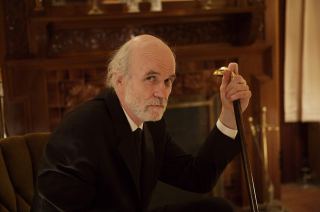 Granted, this takes place in the 1980s, so no cell phones, no Internet, only rotary phones and Walkman. Even so, Samantha ignores the signs that even her roommate catches on to, such as the way the guy stood her up initially. His willingness to pay so much for a few hours work (in the 80s, mind you).  If it seems too good to be true, then you can bet it is too good to be true and you should look that gift horse in the mouth.

By the way, look for Mary Woronov of Eating Raoul in the role of Mrs. Ulman, and also the aforementioned cameo by Dee Wallace (ET). I think I spent more time waiting for the other shoe to drop than anything else. Lots of suspense, that’s for sure. The night this all occurs also just happens to be the night of a major lunar eclipse, which is the big thing on everyone’s mind. So, of course, one’s mind runs to what sorts of things occur during supernatural events. 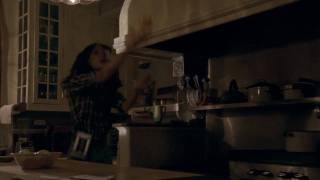 Certainly not the worst film ever, though hardly the best. Decent production values, and some good music, including The Fixx playing One Thing Leads to Another. I’ll give it 3 stars. And I’ll just add pay attention to the ending.