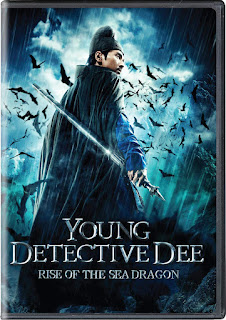 Dee Renjie (Mark Chao) is newly arrived in the Imperial Capital with the intention of joining the Court of Judicature and Revision. There is tension in the city due to the attack of a mysterious sea monster which destroyed many ships. Empress Wu Zetian (Carina Lau) has charged Yuchi (Feng Shaofeng) with solving the problem within ten days. A courtesan is also arriving in the city, Yin Ruiji (Angelababy), who is to be a sacrifice to the creature. Dee overhears a plot to kidnap her. As he fights the kidnappers, Yin is kidnapped another sea creature who is more humanoid than the one she is meant to be sacrificed to. Dee rescues her and the creature escapes. Yuchi has Dee arrested and Yin put into protective custody, but Dee is able to escape with the aid of a friendly medical assistant Shatuo (Lin Gengxin).

Yin is visited by the sea creature again, which is when she realizes who he is – her missing lover, Yuan Zhen (Kim Bum). Masked thugs attack the house, but luckily, Dee, Yuchi, and Shatuo arrive to save the day and Dee is able to rescue Yuchi. Yin covers for Yuan so he can escape, then tells Dee the truth abut her lover. Dee, using his remarkable powers of deduction, deduces that the culprits come from the small war-ridden nation of Dondo, who plan to use Yuan to poison the imperial tea and kill the emperor. They find Yuan and take him to the Imperial Doctor Wang Pu (Kun Chen), who uncovers the cause of Yuan’s transformation and is able to cure him. 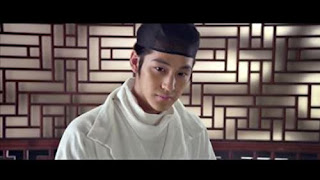 But how to deal with the enormous sea dragon that is still menacing the kingdom?

This film takes place before Detective Dee: The Mystery of the Phantom Flame. This is Dee’s first case and Mark Chao’s first appearance as the detective. I loved this film from the beginning. I thoroughly enjoyed the first film and was not disappointed with this one. The action is fast-paced, young Dee is as delightful as his older self, and just as clever. Watching him square off against the Empress is a delight. Keep a special eye out for the appearance of Kun Chen as Doctor Wang Pu. He is just delightful (and he has a monkey arm. You’ll have to watch to find out why). 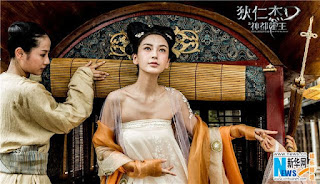 There is a third movie in the series, and hopefully will be others, and I will watch it, for sure. In the meantime, I’ll give this film a strong 4 Stars.