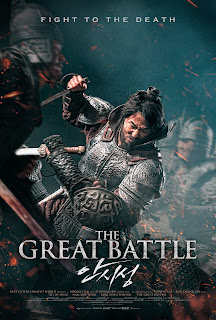 When Emperor Li Shimin (Park Sung-Woong) of the Tang dynasty invades the Korean kingdom of Goguryeo, he is met in battle by forces led by General Yeon (Nazeeh Tarsha). Yeon believes his defeat is due to the refusal of one of his commanders to obey his orders to send troops to the battle. He brands Commander Yang Man-Chun (Zo In-sung) a traitor and dispatches the head of his cadets, Sa-mul (Nam Joo-hyuk) to the Ansi Fortress to kill Yang. Sa-mul is from Ansi and is loyal to his general and doesn’t even know Yang, so he agrees to under take the mission.

On his arrival, Sa-mul encounters Yang just outside of the city. The commander is helping an older couple whose wagon has become stuck. Yang isn’t stupid and he figures out why Sa-mul is there, but welcomes him anyway, and tells him that he can carry the flag in battle and stand next to him, thus showing the people that he is fighting. Just then word arrives that Yang’s two lieutenants are at it again, and Sa-mul follows everyone to see what the fuss is about. A conflicted Sa-mul follows Yang at night and begins to see what the commander is really like and he begins to question his mission. 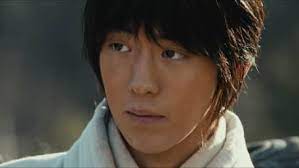 The Emperor decides to attack Ansi Fortress next and is determined to take it. The odds certainly seem 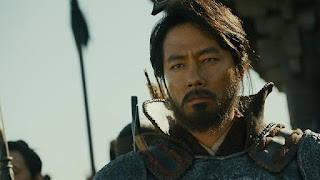 in his favor, as he has 200,000 men to the 5000 men defending the fortress. But Yang refuses to be defeated, and he devises plans to keep the wolf at bay. But how long can he keep this up without some sort of reinforcements? And how likely is that considering General Yeon wants him dead?

This was a really good film, one I thoroughly enjoyed. I loved the human element as the young Sa-mul began to think for himself based on what he saw rather than just blindly obeying orders. I laughed at parts, and at others I cried. The battle scenes were magnificent and truly epic. You can’t help but root for the underdog against the Tang oppressors, and you can’t help but admire Commander Yang. I give this film 5 Stars. 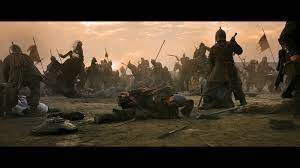