There’s Something Wrong With Aunt Diane 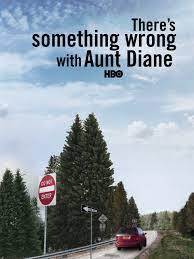 On July 26, 2009, New York wife and mother Diane Schuler left a campground in upstate New York, driving a minivan she’d borrowed from her brother. Inside the van were Diane’s two children and her three nieces, her brother’s kids. Four hours later, she drove the minivan the wrong way on the highway, at a high rate of speed, for almost two miles before crashing into another vehicles. Eight people died, including the three occupants of the other vehicle, Diane, her daughter and three nieces. The little girls were found in a heap, without seatbelts. The only survivor of the crash was Diane’s five-year-old son Brian.

In this HBO documentary, director Liz Garbus interviews witnesses and family members, as well as professional people, in an attempt to make sense of the horrific tragedy. Diane’s autopsy revealed a blood alcohol level of .19%, which is over twice the legal limit, as well as the presence of THC (the active ingredient of marijuana).  A bottle of vodka was also found in the car. Her husband Daniel insists that his wife was not an alcoholic and must have had a medical emergency, although nothing showed up in the autopsy.

According to people who knew her, Diane Schuler was a great woman, a super Mom. Strong and

confident. The kind of woman who would never complain if she was in pain. Video footage shows Diane entering a gas station, looking for ibuprofen, but she was told they didn’t carry it and she left. Daniel claims that she had a tooth abscess she’d never gotten resolved, it was causing her problems, and maybe caused a stroke. There is no evidence to confirm that diagnosis.

Daniel and his sister Jay hired an investigator (Tom Ruskin) to look into the matter. They said he took their money and didn’t get back to them with the results of a second test done on Diane’s samples. However, a phone call from Ruskin to Jay revealed that he had told them about it months prior, and that the results of the first autopsy had been confirmed.

Witnesses report seeing the woman driving the van the wrong way and say she seemed determined and very intent, not slowing or swerving in any way. When she hit the other vehicle, her speed was estimated at 85 mph. Diane’s brother and his wife declined to participate in the making of the documentary, believing it to be an attempt to clear Diane’s name.

This documentary is not for the faint of heart. It was a very tragic event, and eight people lost their lives. I find it hard to believe that it was a medical emergency, or that she mistook vodka for water (they don’t even taste the same). I believe her husband is in denial because he was oblivious to the extent of his wife’s problem. Perhaps self-induced stress from the way she lived, the tasks she took upon herself. It was hinted that her mother leaving the family when Diane was 9 was a factor, but that just seems like an excuse. I think the real reason lies between Diane and Daniel, and we will probably never know the truth. If he would admit to her drinking, this could be used as a cautionary tale. But one of the things that really disturbs me is that the little girls weren’t wearing seatbelts. Maybe they could have been saved if they were. Did Diane want to commit suicide? We’ll probably never know.