Stranded and alone and sure he will never be found or loved again, Hank (Paul Dano) decides to take his own life. Poised on the top of his cooler, his head in the noose, he suddenly spies what seems to be another person washed up on the beach. Almost killing himself to reach that person, he discovers what appears to be a corpse. But appearances can be deceiving, as Hank discovers when the corpse (Daniel Radcliffe) begins to convulse.

Beside himself with joy at no longer being alone, Hank discovers that his newfound friend is very flatulent, even if silent. Harnessing the power of his flatulence, Hank finds himself on top of the corpse, whom he names Manny, and is swiftly cutting across the water thanks to his strong gassiness.

Hank and Manny thus begin their long journey together, during which Hank discovers all sorts of uses for Manny, in the strange powers he possesses – much like a Swiss Army knife. Manny’s spit is fresh water for Hank, and he can break things with his hands. When Manny spies Hank’s phone, he asks about the girl in the picture. Hank is embarrassed to admit she’s a random girl on the bus he has always been too scared to speak to. He leads Manny to believe the phone is his, and the girl is his sweetheart, giving Manny something to look forward to when they get home.

All right, maybe strictly speaking this isn’t a horror film, but it has a dead guy in it who talks and a 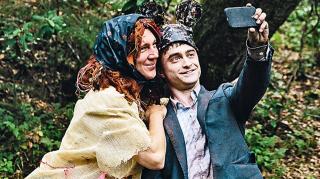 whole lot more, so I’m including it. And hey, it’s Daniel Radcliffe, whom we saw last week in The Woman in Black. This was a surprisingly different movie than I expected. I think it’s much deeper than strictly the story of a farting corpse. I believe it’s Hank’s journey to find himself, and to work through all the angst in his life. Interpret the ending however you like, but this film will make you think about a lot of things.

Amelia Vanek(Essie Davis) is a single mother doing her best to raise her seven-year-old son Samuel (Noah Wiseman) on her own. Her husband was killed on the night Samuel was born, while driving AMelia to the hospital. Samuel is a very bright, creative boy who loves his mother dearly, but finds himself shunned by the other children and their mothers because they find him to be too different.

While Amelia loves her son, she has never gotten over the death of her husband, and she finds herself stressed all the time, which isn’t helped by Samuel’s clinginess, and the way he ends up in her bed because of his vivid imagination. He finds a book on the shelf which he requests she read to him, so she does, about someone called Mr. Babadook. For a children’s book, it sounds scary, and she isn’t sure it’s appropriate for her son. That idea is reinforced when he becomes convinced that the Babdook will get them if she lets him in.

The situation goes from bad to worse as Amelia’s friends don’t want to have her son around, his behavior gets him removed from school, and she doesn’t know how to deal with his nightmares, and his insistence that he will save her from the mysterious Babdook. Sometimes, she just wishes, her husband hadn’t been the one to die that night…. 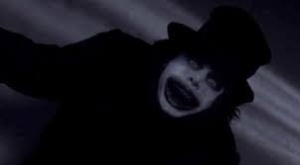 The Babdook is a gripping story about a woman who is trying to cope with stress/PTSD and unresolved grief, and then is faced with a supernatural creature who seems to want to take her son. Amelia is doing the best she can, but her continued lack of proper sleep puts them all in grave danger, as she becomes more and more unable to cope with the reality of her life. As the film progresses, we see a reversal in the roles of Amelia and Samuel as she regresses and he becomes more and more determined to protect the mother he loves.

This is a film that really begs to be paid attention to. It’s deeper than you might think it is. I would give it a solid 4 out of 5 stars. But don’t look for a sequel, there won’t be one.